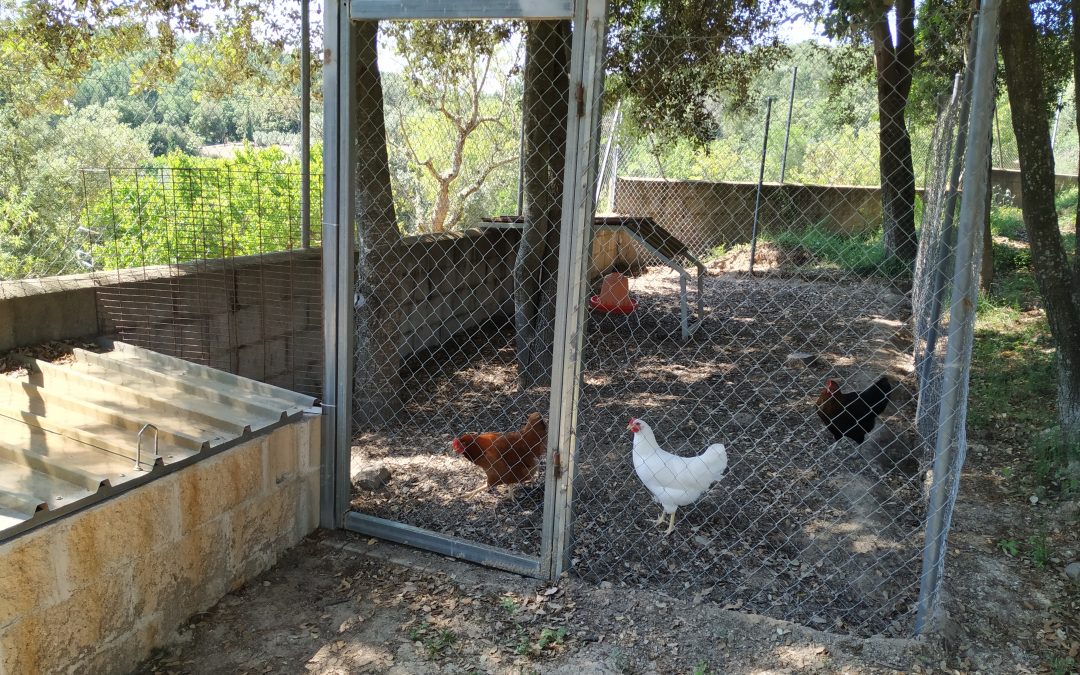 We have recovered one of the family traditions, poultry, grandparents were engaged in the sale of poultry, among other things, our chicken coop is not very big but we have three chickens, the dark, the tail and the beak we also have two parrots, a rooster and a female parrot.

One of the hens, despite her youth, turned out to be a local, she began to incubate the eggs of her companions, and of course they were not fertilized because there was still no parrot, seeing this we went to the house next door Cal Rodó where if they have a rooster and we laid five eggs for them to hatch, after twenty days two chicks were born, so now we have three chickens, two partridges and two chicks, a mini farm.